I write to inform you of certain important decisions taken at the most recent international Council meeting held via Zoom on 2 and 3 April 2020.

The Council was meant to hold its first meeting of 2020 in London on April 2 and 3 but due to the restrictions stemming from Covid-19, regrettably the meeting had to be held by video conference instead. It was necessary to scale-back the agenda so that the meeting could be held over a manageable three hours each day and so that important decisions could still be made. Circumstances permitting, the Council has every intention at this time to hold its autumn meeting of 2020 face to face.

Notwithstanding time zones that ranged from Toronto, Canada to Auckland, New Zealand, all members of Council and Chief Executives attended the Council meeting.

(a) Election of honorary officers
I am pleased to advise that Peter Turnbull (Australia) has been elected as President and Jill Parratt (Southern Africa), John Heaton (UKRIAT) and Dr. Syed Hamid Aljunid (Malaysia) as Vice-Presidents with effect from 1 July 2020. Under the Institute’s byelaws, terms of honorary officers are for two years and their office will run to 30 June 2022. The unanimous support for all new honorary officers is a tangible demonstration of the positive culture evident amongst Council members today.

(b) Budget for 2020/21
The Council approved the budget for 2020/21. There were two developments of note this year. First, with the major projects of the last few years now behind us, the global Institute is now in a position to invest for the future and so has created a reserve fund from retained surpluses generated last year and forecast for this year. The reserve fund has been put aside to support unbudgeted initiatives that will be agreed to by Council. The second development was that Council was mindful of the difficult current operating environment for all of the Institute’s nine divisions and accordingly agreed to a reduced capitation fee for the 2020/21 year. Notwithstanding the reduced capitation fee the global Institute has sufficient funds to continue with its planned initiatives over the coming twelve to eighteen months.

(c) eCommunity
The eCommunity has now been operating for just over four months and in that time has grown to nearly 3,000 participants. The eCommunity is an online platform that brings together professionals involved in governance from around the world. It is open to members and non-members and is a 24/7 meeting place and resource centre.

Users have been able to access the Open Forum from the time of the launch in December. Recently a new sub-community – Covid-19: New policies and practices commenced that brings together regulatory updates, guidance notes from divisions as well as the sharing of new practices by other governance professionals.

This is a key benefit to members that brings the global nature of our Institute to you in a convenient way. You can access the eCommunity here and if you have not registered, I urge you to do so.

As was reported last year, the Professional Standards Committee (PSC) has now fundamentally altered the way it assesses a division’s capacity to deliver the qualifying programmes. The PSC has now implemented a Quality Assurance (QA) framework approach that gives greater guidance to divisions, with commensurate expectations.

Following recent teleconference meetings of the PSC it can be reported that all nine divisions are now fully accredited under the new QA framework and review dates have been set to provide PSC with a staggered workload to handle two divisions per year. The completion of the transition to the QA framework approach will allow the PSC to complete a review of its method of operating, to allow some long-standing members to retire from the committee and to enable new members to join.

During the Council meeting, Council agreed to appoint Leslie Millikan as the incoming chair of PSC effective from 1 July 2020. Leslie has been on PSC for a number of years and with his extensive background as a legal practitioner, governance professional and academic the Council was pleased to have a person of his calibre to chair the PSC for the coming years.

The Council also received a report on the work of the Thought Leadership Committee (TLC).

Earlier the TLC released its first paper this year: Corporate governance: beyond the listed company. You can click here to access the paper as well as the video from the author Peter Greenwood. A second paper: Enhancing individual director accountability is complete and will be released shortly.

Work in progress for the TLC are papers on climate change risk reporting as well as an international survey on the progress made on gender diversity in different jurisdictions.

Finally, An overview of integrated reporting for Chartered Secretaries and Chartered Governance Professionals, jointly developed by the Institute and the International Integrated Reporting Council was released in early March. You can access the paper here.

All divisions provided Council with an update on progress with implementing the new qualifying programme. As expected, the disruption stemming from Covid-19 is presenting significant challenges for divisions in the delivery of the programme and for examinations to be held mid-year. Divisions are doing everything they can to see that disruption to students is kept to a minimum.

The April meeting was an opportunity to acknowledge, and to farewell, two long-standing contributors to the work of the Institute. First, YC Chan, the Chief Executive of the Malaysian division will retire at the end of April. YC has been with the Malaysian division for 30 years and has steered the divisions through numerous changes. YC will be greatly missed.

The Council also acknowledged the substantial contribution Frank Bush has made to the Institute, both in Australia and globally. Frank has been a President of the Australian division, a President of the global Institute twice as well as Chair of PSC for that past several years. Frank was instrumental in guiding the global Institute through the significant structural changes during 2012, 2013 and beyond and will also be greatly missed. Frank will be stepping down from Council and as Chair of PSC effective from 30 June 2020.

I would like to thank all my colleagues on the international Council for their hard work and time freely given for the benefit of our membership and in particular to my Vice Presidents Peter Turnbull (Australia), Jill Parratt (Southern Africa), and John Heaton (UKRIAT) as well as Frank Bush (Chair of PSC) who serve on our Executive Committee.

We are also appreciative of all those members who serve on divisional councils or sit on branch committees throughout the world. We are grateful to the Director General, Tim Sheehy, as well as our Institute Secretary Cynthia Mora Spencer and to all of the staff in our nine divisions who have worked so closely with their members to generate support for these recent new initiatives. 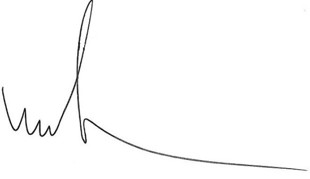